THE TRUE WAY TO DEAL WITH A FALSE NEGATIVE REVIEW!!! BAD REPUTATION? BAD BRAND? GOING FROM 0 TO HERO IS ALL IN THE WORDING!

With 100's of businesses being attacked by fake negative reviews our FREE guide allows your target market to see what is real and what is not and.... it lets your market see how you handle the situation! 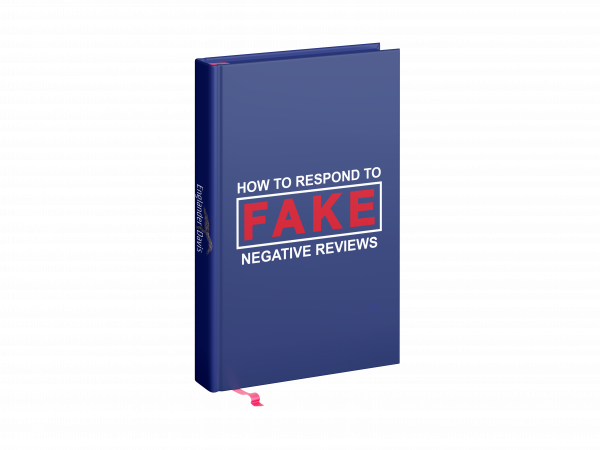 SEND ME MY FREE TEMPLATE GUIDE!


(This guide has been formulated through REAL tried and tested solutions)

We would like to let you know we are fed up of you appearing based on some twisted vengeance that really has more to do with you then it does us.

Whoever you are, you are not needed nor wanted so we now request that you GO AWAY.

The business owner you tried to destroy.

Unfortunately, life is not that simple, but how good would that be if we could just write one simple letter and make the bad review disappear?

You know, a real fake review although annoying at least has some merit of which you can understand and try to resolve. But a fake one from a fake account is just annoying.

There is no magic potion to get rid of fake reviews, and if you annoy google too much, they actually mark you down for it so we need a solution to fix what someone else is trying to break!

0 to HERO and its all in the wording
Yes, I know, WHAT?
You see we can’t send a nice letter to the fake reviewer asking them to go away, as we said earlier it would be fab if we could but that’s just not life! We already discovered there is no special potion to resolve this annoying problem.

However, what if I was to tell you that we have the next best thing to a magical unicorn?

The go away letter would be great but not realistic, unlike my magical unicorn…

The way we write can dictate the true value of the review!

So, we cannot magically make it disappear, but we can take the magic out of it.

Fake reviewers are a lot of things, but the biggest thing to remember is they are FAKE and stand out like a sore thumb.

The template guides that you are about to download will show you EXACTLY how we dealt with our horrible FAKE NEGATIVE REVIEW.

What this guide template does is shows your viewers in a simple way that this person is not real and are in fact for some twisted reason trying to ruin your reputation.

Brand reputation is crucial and can be your saving grace, even if you have made some real mistakes.

DOWNLOAD YOUR FREE TEMPLATE GUIDE BEFORE THIS PAGE COMES DOWN!

This free template guide will show you how we have siphoned the magic out of fake negative reviews and moved it into your response- to put the magic back where it belongs!
We have also added more magical responses for you to use if you ever need to.

SEND ME MY FREE TEMPLATE GUIDE!
×