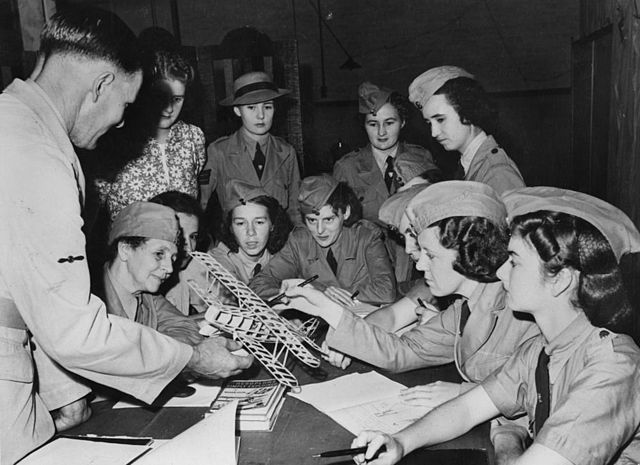 Aboriginal and Torres Strait Islander readers are advised that the following blog contains the names and stories of Aboriginal women now passed.

In countries such as Australia, we now enjoy many freedoms, including free access to resources such as the internet. Women dominate in industries like social media, and often we are the pioneers and leaders of these spheres.

However, it was not that long ago that women had to fight for their right to an education, to vote, and to even be allowed to work.

This month ED has launched our EDucation initiative, where each month we focus on a different topic in the digital marketing world.

In March our topic is Social Media, so we are sharing information, tips and activities that you can practically apply to your own business’ socials.

In order to celebrate and appreciate the amazing achievements of the women who fought for the rights we have today, we will be going through a brief history of women in Australia!

In order to celebrate the history of women in Australia, it is incredibly important to understand and acknowledge that prior to 1770, Aboriginal peoples had been living for more than 60 000 years on this continent.

Australia is made up of many different and distinct Aboriginal and Torres Strait Islander groups, all with their own culture, beliefs, practises, and over 250 language groups.

In many of these cultures women played many important roles including: as custodians of the country and sacred sites, providing food by hunting and foraging, leading women’s religion and rituals, passing knowledge down the generations of women, educating and raising children, preparing medicine and caring for health and wellbeing.

Their roles have been told for thousands of years in stories that celebrate the power of female ancestors.

In 1770 Lieutenant James Cook claimed the east coast of Australia for the British Empire, and by 1788 colonisation had begun, as 1,500 convicts, crew members and civilians arrived at Sydney Cove.

Women in Australia have fought for many of the rights that we take for granted today, but we still have a long way to go.

Today, Aboriginal women are the most marginalised group in Australia, largely due to the lasting effects of colonisation.

To understand more about the historical context of women’s rights in Australia, here is a brief timeline of the historical events that shaped the world we live in today.

The 1st official Women’s Suffrage Society was formed with the intent “to obtain the same political privileges for women as now possessed by male voters”.

Henrietta Dugdale and Annie Lowe were the main reason for the society’s creation, and had previously been strong advocates for other women’s rights issues, such as property rights and the right to a university education.

A dedicated group of women came together to collect nearly 30,000 signatures in favour of women’s suffrage. This was obviously before the time of internet petitions, and they had to collect these on foot.

The petition ended up being 260 metres long and 200mm wide, taking three people three hours to unroll it from one spool to another.

The Commonwealth Franchise Act 1902 granted non-Indigenous women the right to vote and to be elected to federal parliament. While this was a great first step, it still excluded Indigenous women.

Women were also not allowed to vote in state elections in certain states.

1943 – First woman appointed to the House of Representatives and Senate

In 1943, Enid Lyons became the first woman to be elected to the House of Representatives. In her maiden speech she was seen as thoughtful, substantial, compassionate and visionary, even making men weep.

Dorothy Tangney, in the same year, became the first woman elected in the Senate, representing WA. She was an advocate of improving social services and housing, among many other issues.

This came 41 years after women had earned the right to stand for federal election.

Another 2 decades later, the 1962 Commonwealth Electoral Act granted all Indigenous peoples the right to enrol and vote in federal elections, regardless of individual state or territory laws.

This comes 60 years after non-Indigenous women were granted the same right.

1967 – Indigenous peoples are recognised as citizens

Aboriginal and Torres Strait Islander peoples had continuously fought against the injustices they were facing, and this was the culmination of many organisations and people’s efforts, such as the Federal Council for the Advancement of Aborigines and Torres Strait Islanders (FCAATSI), the Australian Aborigines League, the Aboriginal-Australian Fellowship, and the Aborigines Progressive Association.

90.77% of Australians voted in favour of the change.

In 1972, after pressure from the Whitlam government and women rights activists, the Australian Conciliation and Arbitration Commission (ACAC) granted equal pay for men and women.

This meant that a million female workers were eligible for full pay, and an overall rise in women’s wages of around 30%

This decision still however only applied to about 40% of the female workforce.

By 1974, women were also granted an equal minimum wage to men.

1986 – First woman to be speaker in House of Representatives

Joan Child, a member of the then Australian Labor Party (ALP), becomes the first female speaker in the House of Representatives.

She was liked and respected by MP’s from both sides of the Chamber, and remained the only female speaker in the lower house until 2012 when Anna Burke was appointed.

The Coalition of Activist Lesbians Australia (COAL) was formed to fight lesbian discrimination. They lobbied the Australian Commonwealth to remove discriminations against lesbians, and they remain Australia’s national lesbian advocacy organisation.

Julia Gillard was the first woman to hold the office of Prime Minister, and was Australia’s 27th PM.

She was the leader of the ALP and held the office from 2010-2013. She remains the only woman to be Prime Minister in Australia.

The speech has become iconic in Australian pop culture, with many young people remembering this landmark moment in our history. Watch the full speech.

Linda Burney, a proud member of the Wiradjuri nation, is the first Indigenous woman to be elected into the House of Representatives.

Her appointment to this position comes a full 73 years after the first non-Indigenous women held the same position.

What will you be doing to better the lives of women in Australia today?

This is by no means a complete timeline or history, but it gives a good overall view of some of the landmark moments in our history that allow us to enjoy this beautiful country today.

Women have had to fight for many of the things we enjoy today, from access to contraception, paid maternity leave and even the right to work a job when married.

You can learn more about gender equality in Australia here.

There are countless women who deserve to be remembered and admired for their contribution to history here in Australia. Here are just a few of them.

She also campaigned for a minimum wage and against sweatshops, for equal property rights, and for peace.

Evelyn was an Indigenous activist who made a large contribution to the Indigenous rights movement and played a crucial role in campaigning for the 1967 Constitutional Referendum.

In 1973 she went on to become the first General-Secretary of the Indigenous-led Federal Council for the Advancement of Aboriginals and Torres Strait Islanders.

Lores Bonney was a female aviator who accomplished a large number of world records during her life, including the longest distance on a single flight flown by a woman at the time (1,600 kms in 1931).

Lores cheated death countless times, including a crash in 1933 in her plane, Gipsy Moth.

“I would like to think those flights of mine have a small corner in the history of achievement,” Lores once said. “I always liked to say I travelled the world with a Gipsy.”

Jane was the first woman to achieve a Master of Arts in Sydney, and was an avid fighter for women’s rights to an education in Australia. In 1981 she became a founding member of the Sydney University Women’s Society, who campaigned for women in higher education.

Gladys was an Aboriginal woman, fondly known as ‘Auntie Glad’, who campaigned for Indigenous women’s rights, as well as women’s rights internationally.

She was the founding president of the Council of Aboriginal Women of South Australia in 1974, and spent her life advocating for the rights of all women, but worked especially to help empower Indigenous women in the community.

Vivian was an Australian Army nurse during WWII and became the sole survivor of the Bangka Island massacre.

During the massacre, she was hit by a bullet that passed completely thorugh her body. She was found and taken into captivity for three and a half years.

When she left the army in 1947 she became Director of Nursing at the Fairfield Infectious Diseases Hospital. She went on to become a member of the Council of Australian War Memorial, as well as becoming the president of the Australian College of Nursing.

Jean and Kathleen were friends who became the first women to drive across Australia and establish a speed record.

Their adventures broke down social boundaries about what women could and couldn’t do, and also helped contribute to the popularity of road trips in Australia today.

How Does This All Relate to Social Media?

As we have learnt, women in this country had to fight for nearly every single right that we have today. Without that effort, we may not even have access to an education, or social media.

Social media is a brilliant tool, and often we can educate ourselves and others through the power of various social media platforms.

We can build networks and communities, just like the many women before us. These communities don’t have to be limited by gender or any form of discrimination.

The power is very much in our own hands, to shape the future of the world that we want to live in.

Special days such as International Women’s Day, Valentine’s Day or any other holiday or cause that is close to your heart, are a great opportunity to connect with your audience and brand your business.

It’s important that you are genuine about this, and don’t just try and capitalise on every single occasion possible.

While Women’s History Month should be primarily about empowering women, it’s also a great opportunity to work on your personal branding.

7 ideas you can use for your social media posts;

Many of your audience members, customers and clients will be women. Making a small effort to acknowledge and show appreciation is a great way to encourage engagement, and build your brand identity.

Why Are Social Media Engagements Important?

Social Media is the Best Tool For Boosting Organic Growth

All the Benefits of Off-Page SEO

Far far away, behind the word moun tains, far from the countries Vokalia and Consonantia, there live the blind texts. Separated they live in Bookmarksgrove right at the coast of